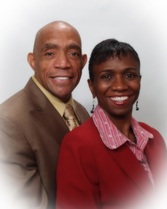 For more than 20 years, Bro. Harold D. Armstead has endeavored to serve the Lord by serving God’s people. He currently serves as an Assistant Minister at the Chatham-Avalon Church of Christ, with the congregation’s primary Minister, Dr. Daniel Harrison. Prior to becoming an ordained minister in 2000, Bro. Armstead served as an Associate Minister for six years at the Chatham Avalon congregation. In 2000, he assumed the role of primary Minister and Evangelist at the Main Street Church of Christ in Evanston, IL. During his 10 years with the Main Street family, Bro. Armstead served the congregation in various capacities, including preaching, teaching, conducting leadership training, developing and implementing internal and external outreach ministries, counseling, mentoring, and establishing viable community relations.

Bro. Harold Armstead had an excellent example of faithful ministering to follow: his father and mentor Bro. William Armstead. The Senior Bro. Armstead served as the minister at Jones Street Church of Christ in Newbern, TN, for 34 years. Prior to his father’s passing in 2007, they enjoyed many years of traveling to church events across the country, studying God’s word together, and serving together as men of God.

Bro. Armstead is married to Sis. Cie Armstead, whom he credits as his God-given helpmeet. He earned both his Bachelor’s Degree and Master’s Degree in Religious Education from Rochester College (formerly Michigan Christian College). He was awarded the Levi-Kennedy Memorial Scholarship for his undergraduate studies. Bro. Armstead is also a journeyman carpenter and veteran.

Reginald’s primary and secondary education was accomplished within the educational system of Chicago.  He is a graduate of Roosevelt University.  He currently teaches history and constitutional law at Dunbar Career Academy on Chicago’s south side. Reginald is one of the dynamic young men who studied for eight years under the tutelage of Dr. Daniel Harrison, in a ministerial training program.  These young men received ordination in March 1998 as Deacons.  Some continued in the program and went on to receive ordination in December of 2003 as Ministers of the Gospel. Reginald works diligently for the Lord, teaching the “Teen Men’s” bible class, as Chairman of the Evangelism Ministry, and as a teacher in the new converts class.  He also serves as one of the Assistant Ministers for the Chatham Avalon Church of Christ congregation. Reginald has been a member of the Church of Christ since his baptism at the age of twelve at the 79th Street Church of Christ.  He is the son of Leon and Juanita Halbert, also members of the church. Reginald has been married to the former Stacey Fountain for eighteen (18) years.  They have two (2) children.

It has never mattered to Leon where he served in the Lord’s vineyard, as long as he could be of service.  In January 1961 during his courtship of Juanita Vaughn, the kingdom of God gained a sentry of the first order; Leon Halbert became a watchman for Jesus and a soldier for God.  The marriage of Leon and Juanita was blessed with three wonderful sons, and four (4) grandchildren. Leon has served the kingdom of God in diverse ways, as a Song Leader, Christian Education Superintendent, Trustee, Finance Committee member and since his ordination in March of 1998, as a Deacon.

When Oscar Ross became a member of the Lord’s church forty-one (41) years ago, one could only guess at how his life would change.  Oscar credits his wife Bernice and mother-in-love with his being brought into the church.  Married forty-five (45) years, Oscar and Bernice (Tippie) have three (3) children and four (4) grandchildren. Oscar has been a member of the trustee board, a teacher in the Christian Education Department, and document coordinator.   He currently serves as church Treasurer and Superintendent of Christian Education.

Ello Banks, born June 1952 came into this world as the 4th child and eldest son of Ello Banks, Sr. and Lender Lee Banks in Chicago, Illinois.  His primary and secondary educational career has been accomplished through the public school system.  Since 1999, Ello has served as an electrical engineer for Northwestern University.  Ello was awarded the “Supervising/General Contractors Electrical License” in 1992.  He completed his professional education and training through the City Colleges of Chicago.  His apprenticeship was through Prairie State College.

The professional resume of this man is one that reflects longevity and commitment.  Becoming a Deacon in the Lord’s church and thereby a member of the leadership team is a task that his education and skills have uniquely prepared him for.  Since 1999 Ello has labored faithfully in the vineyard of Chatham Avalon Church of Christ.  Serving as a member of the Angelic Singers, Director of the Youth Ministry, President of the Men’s Group, and head of the Men’s hospitality (Ushers), as well as various other duties, and services as needed.  To inspire and encourage others as they strive to do that which is right.  To help build and edify God’s kingdom is his sincere hope. Ello and his wife of 36 years, the former Mary Crawford are the parents of three (3) children.

Curtis Horton is a graduate of the University of Steubenville.  He is a multifaceted professional with AT&T mobility with exemplary communication skills.  He is responsible for developing account strategies and presenting proposals that will meet their client’s business needs.  Curtis is ranked in the United States among the top 3% of the company’s sales achievers. Curtis became a member of the Chatham congregation in 2001. Curtis had a strong desire to help others as his work in the church. Curtis helped organize and implement the food pantry ministry, and became its director in 2003.  In 2008 Curtis became a member of the Finance Committee. Curtis and his wife Anna are the parents of three (3) children.

Vincent Ragland is the son of the late Lester Ragland and Rosie Ragland.  Vincent was baptized in 1964 at the Michigan Avenue Church of Christ.  His primary and secondary education was completed through the public school system of Chicago.  He is a graduate of Chicago State University. His professional career attests to his expertise in the fields of business development and commercial lending.  He is an experienced entrepreneur, and businessman, with over twenty-four (24) years experience in commercial and business banking.  Vincent is President and CEO of PLANS, LLC a business management company. As a member of the Chatham Avalon congregation, Vincent has been a member and former director of the Angelic Chorus, member of the Chatham men’s basketball team and CYDC participant.  He currently serves as the Finance Chairman, and as one of the congregational song leaders for the church. Vincent and his wife Paulette are the parents of two (2) children.