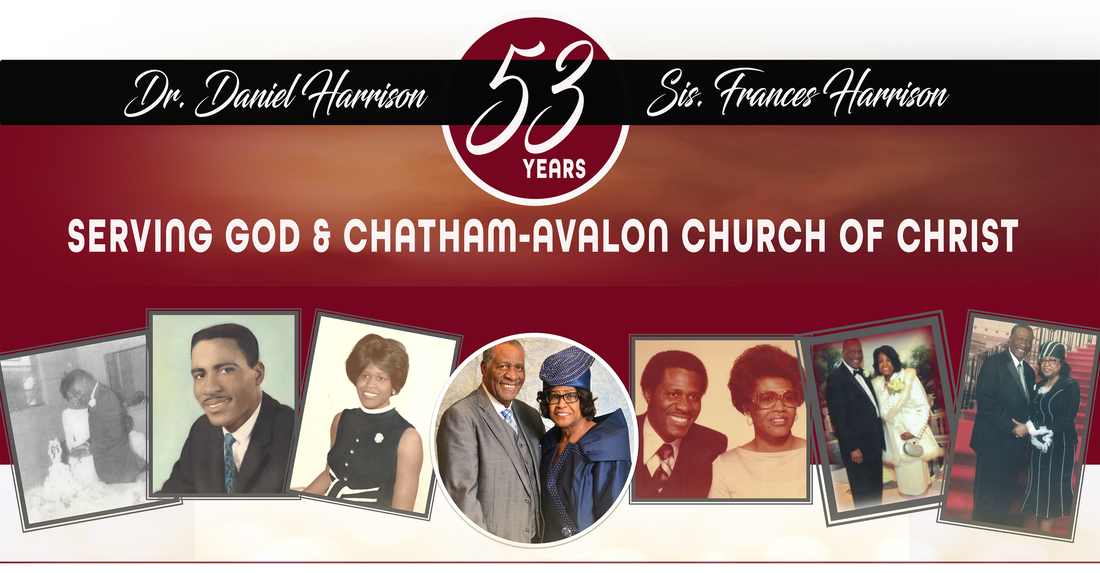 Chatham-Avalon Church of Christ is located at 8601 S. State Street in Chicago, IL where Dr. Daniel Harrison has served the congregation and community for more than 50 years. With prominent exposure, the church stands on an embankment overlooking the Dan Ryan Expressway, with quad-doors swinging open on welcome hinges to all.

Our rich history stems back to 1956 when the Wentworth Church of Christ opened its doors at 6002 South Wentworth under the leadership of Will E. Carmen and John T. Bryant. The impact was evident as parishioners quickly grew, forcing the congregation to relocate in 1958 to a larger facility at 5749 South Wentworth. Five years later, a ﬂaming inferno destroyed the ediﬁce of the South Wentworth location, dictating another relocation; yet the congregation remained strong and focused on their mission to bring souls to Christ. Renting a small room at the YMCA at 3700 South Wabash, the flock continued to increase and were later forced to rent an even larger space at that location.

In early 1964, with a grand vision, the dedicated group of believers purchased land at 135 West 79th Street. The congregation became incorporated on April 20, 1964 and was legally recorded as the 79th Street Church of Christ. Unfortunately, ﬁnancial setbacks made it impossible to hire a professional contractor at the time, but that did not stop their vision to build a place of worship. Everyone pulled together stronger than ever using their skills, along with the assistance of others, to work on the land. As the men labored, their wives, other family members, and friends prepared hot lunches, helped eliminate debris, and completed other tasks as needed. In the meantime, Sunday service continued at the YMCA with Bible classes being frequently held in the homes of various church members.

Through perseverance and teamwork, and by the grace of God, blessings flowed. Sam Judkins, a church member and minister Dr. Daniel Harrison called upon their friend, John McBride, a brick layer from Montgomery, AL to start the foundation. Soon after the groundbreaking, the City of Chicago stepped in, mandating they retain a professional contractor. Mr. Judkins enlisted a close friend, Daniel McGrath to assist in the construction of the building. Faithful members including Jules Hutton paid the contractor in full and in October 1968, the first service was held at the 79th Street Church of Christ.

It was not long after the church opened its doors that Dr. Daniel Harrison was extended an invitation by Sam Judkins to preach the gospel there. He left members and visitors awe-inspired by his biblical knowledge, deliverance, style, expressions of love, and humility. On the first Lord’s day in January 1969, Dr. Daniel Harrison accepted the call becoming the official minister, with First Lady Sis. Frances Harrison by his side. The congregation continued to increase with Dr. Harrison at the helm. In 1985, parishioners purchased the grand and magnificent structure we now call the Chatham-Avalon Church of Christ.

We are proud of our history and look forward to continuing to serve God in a mighty way. 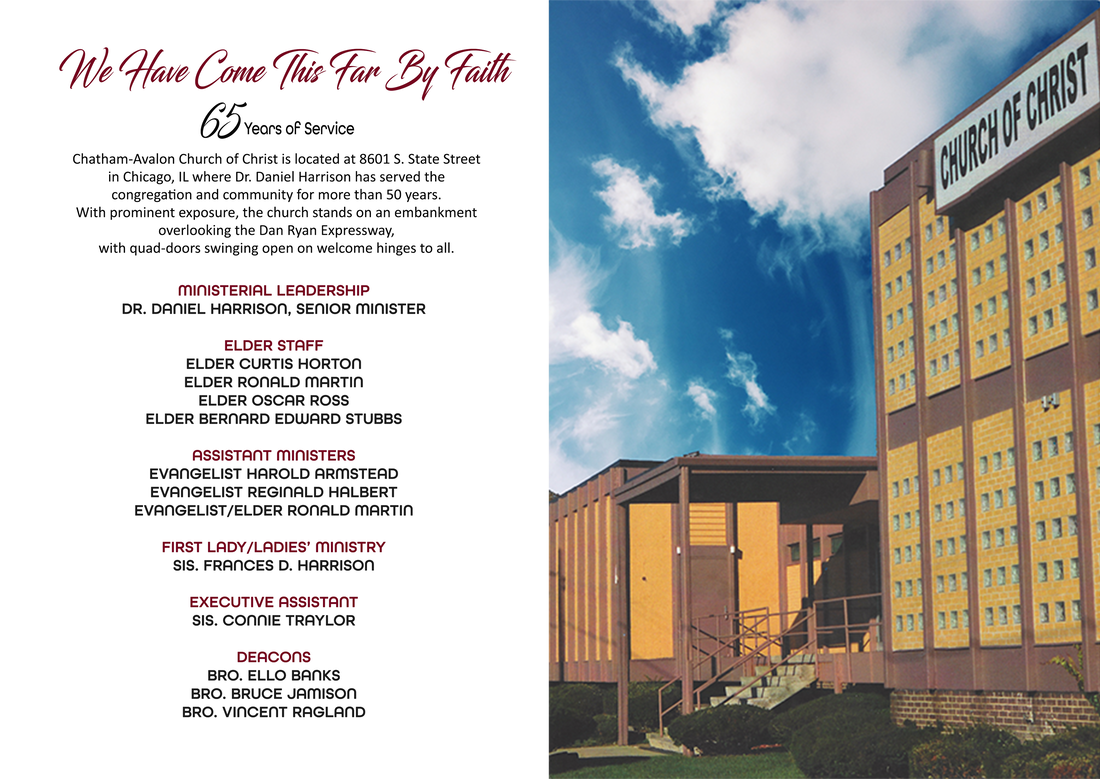